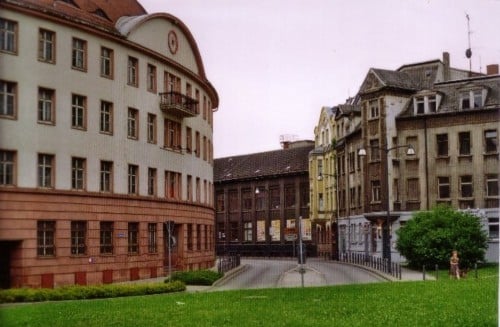 Yes and no. There is only one, Paul, my son. He did it last year before graduation. As the apple`s fall … sometimes. Am I proud? Love. No Delays…Heathrow tube station 2000, Paul in his “Emil und die Detektive” coat. A common saying in Germany in the Sixties and Seventies. Did you not looked like every one, or had your very own thoughts, or belonged to a minority you got to hear this from old Nazis and kind of this type of human beings. When I was orphaned, late side effect of the 3. Reich, the youth welfare office parked me in a boarding school. 1974 I got to hear there that I have been forgotten to gasify. From a daughter of a NATO Officer, after reading in front of the class, why I am against the statute of limitations for Nazi crimes. Murder is murder, it can not be that murder after 30 years is no more murder. Some gasify varieties: You Should be hit to death. You should be cumshot, meant was the euthanasia injection, which Third Reich Doctors use to finish “unworthy life”. So this song, “Ihr wollt mich töten – Their trying to kill me”, a collaboration by Alex Hacke aka Alexander von Borsig (1979) gives me now, 45 years later, a huge pleasure. Another huge pleasure: Made by artist Danielle de Picciotto: The Video.  And of course, the lyrics, grandios, for me. Voila: In a summer of a thousand Julys, the red flag waved, swimming strictly prohibited. Only a man is in the Sea. And the waves, they eat him. He’s gone, then he is back and gone…. Marcello, rescue swimmer calls over the water. From the neighboring beach the Lifeguard is alarmed. The Sea stay`s alone, Marcello heads off. The missing shows up, starts to walk out. Which elderly man would like to be rescued by a young man, it thinks in me.